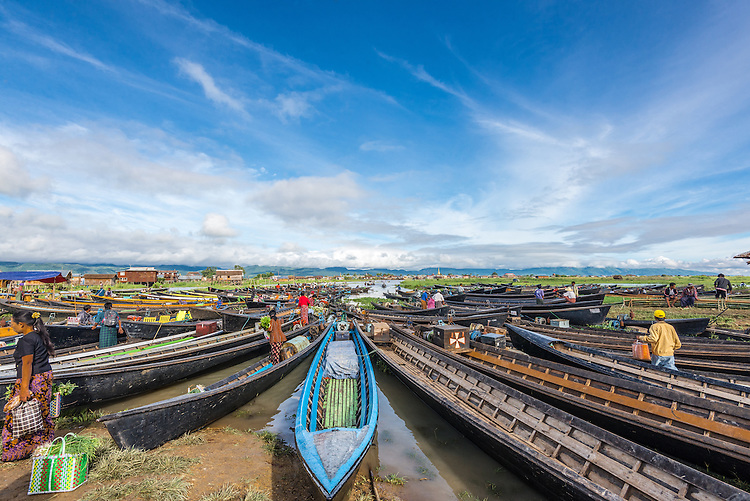 Inle lake, Myanmar's second largest freshwater lake, is the source of life for about 700,000 people who live on and around its waters -- primarily members of the Intha minority.

The Intha are a fascinating people, primarily farmers and fishermen. Most are devout Buddhists, and live in simple houses of wood and woven bamboo on stilts.

Because of its unusual shallowness, the surface of Inle Lake is covered in a thick carpet of reeds and floating plants, making it difficult to navigate a boat while remaining seated. In response, Intha fishermen have developed a unique rowing style that requires standing on one leg, while simultaneously wrapping their free leg around a single oar and then using it to steer and row.

In these images, I aspire to show characteristic expressions of the Intha way of life, along side the challenges which threaten it -- like the effects of increasing lake pollution due to the use of chemical fertilizers.

The water from the lake is essential to the people for drinking, cleaning, traveling, farming and fishing.

Recently, however, massive use of chemical fertilisers and pesticides imported from China and Thailand, along with poor sanitation, a growing population, and a surge in tourism has severely polluted the once drinkable lake waters.

Local officials and NGOs are pushing useage of organic fertilisers to turn the situation around, but nonetheless tests show that the water is polluted to what the UNDP calls a "critical” level.

Additionally, the lake's water level has steadily been decreasing, causing local fishermen and farmers to worry about their livelihoods.
©ingrid Songster
The Intha People